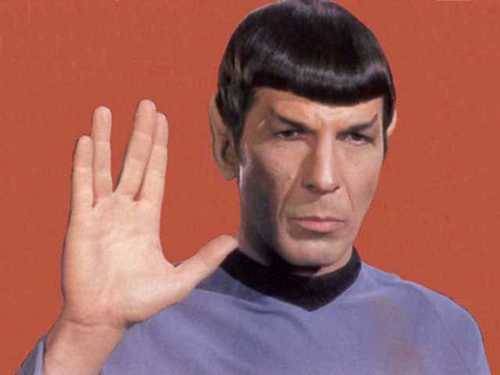 I took a class in college a few years ago called “Star Trek and the 1960’s.” The setup for the class was rather ingenious: we would explore issues and themes from the 1960’s from three perspectives- conservative, liberal, and radical. This meant readings from groups on both…

Living Long and Not Prospering

Written and posted for the celebration of AO3 reaching 1 million posted pieces. 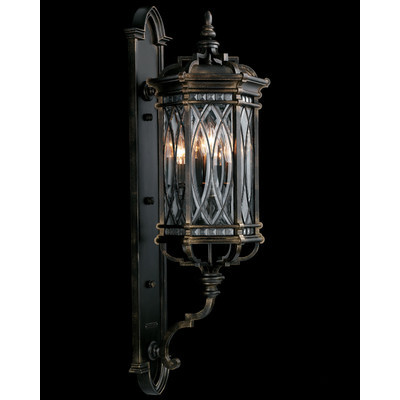 Thorin had never personally wanted children of his own. He understood the need for an heir very young, and before the dragon, had assumed that when he came properly of age, negotiations would commence for an appropriate marriage. He had some small hope that he might be allowed a male spouse, what with having both a brother and a sister, but a dwarrowdam was far more likely. When he was presented with Tris and Daelir as instructors in the art and craft of intimacy at 49, the youngest age such things were taught, Thorin had fingered the dark strands rapidly colonizing chin and lip, growing thick in places that they had previously been fine and sparse, and thought perhaps the Queen his grandmother and Princess his mother already had someone in mind. He decided he did not much want to know before he had to do something about it. But the dragon did come, and all such plans were moot. Thorin had felt it no loss, but almost a guilty freedom, a tiny weight of expectation he could put aside.

The advent of Fili and Kili had seen any need to consider marrying himself become inconsequential. He had not liked to see the dimming of Dis’ spirits when she agreed to wed, and the entirety of both pregnancies had been fraught with worry for her and the growing child. But the boys themselves had been all one could wish for in a child or an heir. They were a gift, his sister-sons, and he had loved them fiercely (still loved, for death was no barrier to feeling), more than happy to be their uncle, and as close to fatherhood as he ever wanted or needed. They would carry line and clan and kingship going forward.

Now, they were here in the place he had led them, one with the stone where he had risen from it. Their tomb was a marvel of the stonemason’s art, the lamps of remembrance beautiful pieces of iron and crystal. Carefully, Thorin set fresh candles in them, lit the wicks and raised them back into place. Glimmering light reached out to touch gem-facets and lines of carved runes. They would not laugh and sing and dance at his wedding, though they would be in his heart on that day. They would not tease his bride, whomever she turned out to be.

Thorin had frowned — more than frowned, been furious — at Kili’s enthusiasm for the Elf-captain who healed his poisoned arrow-wound in Laketown, saving his life. He would have given Kili no more choice than the Dain and the Council were giving him on the subject of marriage. Bifur had been the only one to come out of that conversation with any grace. No need to apologize to him, Bifur had said when Thorin had tried to atone for that idiocy. But there was no making amends for it to Kili, only the regret of it. Now Thorin could not recall any reason for his outrage, just the shameful memory. He was not acceding to the Council’s demand because he had been prepared to do wrongly by Kili (though he hoped, had things been different, that he would have taken back that decision and chosen to do otherwise, but he did not know) but it informed his thought.

Had the plans begun in Thorin’s childhood borne fruit, he would have married Dwalin. Though that would hardly have solved the issue of heirs. Instead, Dwalin would marry Bofur, if he married anyone. Whatever the thing they were building between the three of them would find shape in less regular forms. Somehow. Thorin hoped that his own marriage-of-necessity would not flaw that structure before they even had it sketched, much less forged. Ideally, she would be able to fit into it, be part, a fourth metal in the braid.

His nephews would have laughed, to see him in this fix. Laughed, but only to have him laugh with them. She who would be Queen Under the Mountain would need to be someone they would have approved of, Thorin thought. Someone who would have laughed with them. Someone who could see through Bofur’s cheer to the depth of caring it masked, with whom Dwalin could be himself, not a hero. Not immediately, no, but eventually. Someone for whom children would be individuals first, and heirs second. Someone for whom sex could be a pleasure, but not a necessity.  Someone he could talk to, converse with, or just be quiet with. That was what he wanted. The Council’s list was quite different. They wanted all kinds of political qualities. Wealth, potential for alliance, trade, advancement of this clan or that. They had a list: daughter of this clan-head, grand-daughter of that clan-chief, of Lord so-and-so, etc. As if he was to marry a lineage, not a person. As if he and she were but coins to spend, tokens in their games of politics. There was no reconciling those two desires. No forging those two strands together, however hot the forge or liberal the flux.

Thorin laid his hands flat on the cold, smooth stone of Kili’s bier. blue lights gleamed in the depths of the slab, opal reflections drawn forth by the doubled candle flames. The bones of the Mountain sang under his fingers, in the beat of his heart, the easy movement of air in his lungs. He was here because of a miracle. A series of miracles. Sacrifice, compassion, love, faith, trust, the mercy of the Maker and the strength of the stone with which he had worked. Hobbit, Man, Elf, Wizard and Dwarrow all had part. It was humbling. It was terrifying. It was a charge laid upon him by the Mountain itself.

“I have the only right,” Thorin had said to Bard, cold autumn snow spangling dark hair, wind poking icy fingers through old cloth. Right by birth, by heritage, by history, by effort, by will and work, to enter the Mountain and take up the charge of kingship there. Take it up he had, for well or ill. Bard was now King in Dale, and the charge of the Mountain was still Thorin’s, for the Mountain itself had not released him from it. A second chance. It behooved him then, Thorin thought, to be a better king than he had first been: mad, sick, angry and fearful. To be a better king required that he in fact be king in deed, not just word. King Under the Mountain was not just a title: it was Work. Work to which he had set his hand, and would not shirk now. His right, and responsibility.

Thorin would marry, as the Council willed, allow the commencement of formal courtship to be a precondition to official coronation. He would do his part to make a child, or children, did she so desire. But as Durin had woken alone, choosing his spouse for himself, Durin’s distant son and heir would as well. Even if he had to speak to every interested and unattached Dwarrowdam in  Erebor or out of it, he would find someone he could live with, who could and would live with them. His choice, and of course hers. Not the Council’s.

Decision made, Thorin straightened with a sigh. The quiet of the deep stone lay like the candlelight on the worked surfaces of the vault, harmony and counterpoint with the felt song of the Mountain. This was the heart of Erebor, Thorin knew, not the double-handful of chatoyant white gemstone that still sat in the adjacent chamber: the memory of those gone before, and the hope of those yet to come, held in the love of those here present.

Time now to return to the bustle and brilliance of the living.